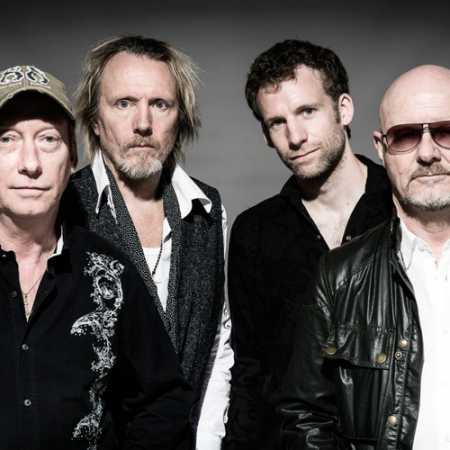 Wishbone Ash are a British rock band that achieved success in the early and mid-1970s. Their popular albums included Wishbone Ash (1970), Pilgrimage (1971), Argus (1972), There’s the Rub (1974), and New England (1976). Wishbone Ash are noted for their extensive use of the harmony twin lead guitar format which had been attracting electric blues bands since Jeff Beck and Jimmy Page had played together in the Yardbirds in 1966. Their contributions helped Andy Powell and Ted Turner to be voted “Two of the Ten Most Important Guitarists in Rock History” (Traffic magazine 1989), and to appear in the Top 20 Guitarists of All Time (Rolling Stone). Melody Maker (1972) described Powell and Turner as “the most interesting two guitar team since the days when Beck and Page graced The Yardbirds”. They have been cited as an influence by Iron Maiden founder and bassist Steve Harris, as well as Thin Lizzy and other dual guitar bands.

The band was formed in Torquay, Devon, in 1969, out of the ashes of trio The Empty Vessels (originally known as The Torinoes, later briefly being renamed Tanglewood in 1969), which had been formed by Wishbone Ash’s founding member Martin Turner (bass & vocals) in 1963 and complemented by Steve Upton (drums and percussion) in 1966. The original Wishbone Ash line-up was completed by guitarists/vocalists Andy Powell and Ted Turner. In 1974, Ted Turner left the band, and was replaced by Laurie Wisefield. The band continued on with strong critical and commercial success until 1980.

After revolving line-ups featuring former bass players from King Crimson (John Wetton), Uriah Heep (Trevor Bolder), and Trapeze (Mervyn Spence), Wisefield left in 1985. In 1987, however, the original line-up reunited for several albums – Nouveau Calls, Here to Hear and Strange Affair – until 1990, when Upton quit the band. After Martin Turner was replaced in 1991, the band recorded The Ash Live in Chicago, before Ted Turner left in 1993.