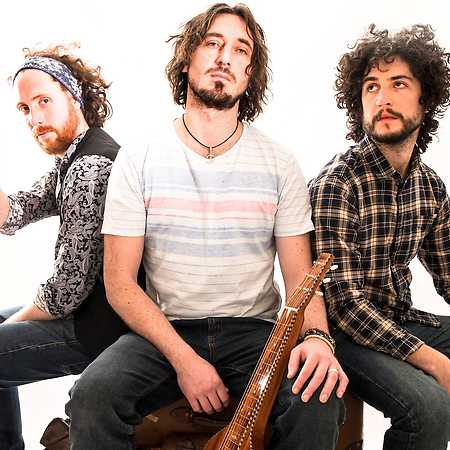 Wille and the Bandits  Breakfree

About Wille & The Bandits

They were established in 2010 in Cornwall in the southwest of England. Since the beginning of their activity they have been performing in the trio in an unchanged line-up. The idea for sound, instruments, the kind of music they perform, the way they behave on stage is a distinguishing feature of the band. Many people played blues or folk music in trio. However, there is no such second trio as Willie and The Bandits. Their music is a combination of blues and rock with a touch of folk sound. Their models are Rolling Stones, Led Zeppelin, Jimi Hendrix and Free. But Wille and The Bandits don’t imitate. They move the listener partially in the 70s of the last century. They simply have an analogue sound. Their instruments sound clean, despite the use of electrical equipment. They have a strong, even as Norman Darwen called them, “muscular” sound.
Willie Edwards is a guitarist and vocalist of the band, using slide technique. Bassist Matt Brooks changes bass guitar to double bass depending on the convention and character of the song. The drums are handled by Andrew Naumann, winner of many drummer awards.

The Devil and the Almighty Blues