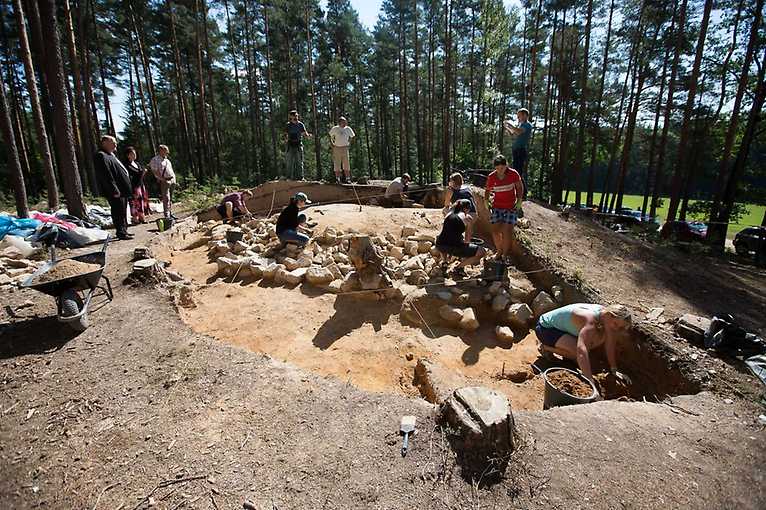 What did the motorway bring?

From April 1 to November 7 2021 an exhibition will take place in the South Bohemian Museum in České Budějovice, the aim of which is to present the results of many years of archaeological research on the D3 motorway in the Tábor, České Budějovice and Český Krumlov regions and on the S10 motorway in Mühlviertel area in Upper Austria to the public. The exhibition will present the methodology of work of Austrian and South Bohemian archaeologists and their collaborators in the field and in laboratories, as well as a selection of finds from the most important research sites, such as mound burial sites in Plav or Unterweitersdorf, prehistoric and early medieval settlements near Smolín, Žíšov, Horusice, Borek or Staré Hodějovice, the so-called Eliáš's adit near Úsilné or monuments along the horse-drawn railway on both sides of the border. The exhibition in Czech and German language will introduce the general public not only to the work of archaeologists in the field, but also to the common history of these border areas and their interconnection. Young visitors can actively try out the work of an archaeologist in research or assemble a 3D vesssel made of ceramic fragments.