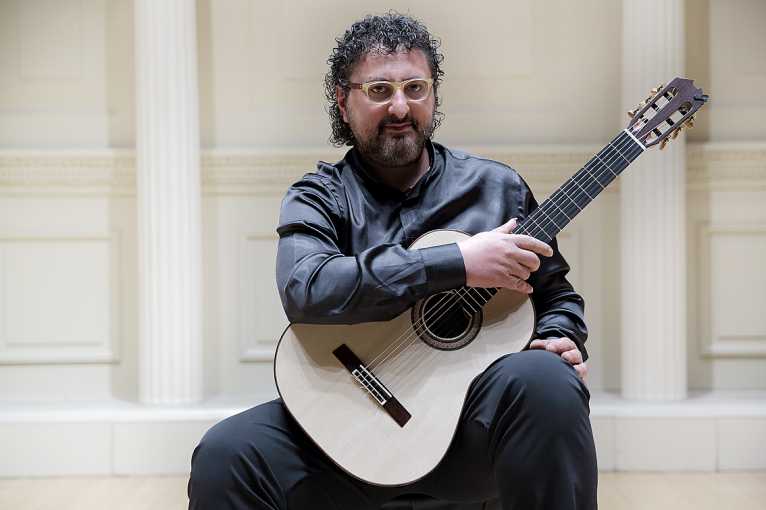 Opening concert of the 8th Festival of the International Guitar Academy Berlin.

Aniello Desiderio is not only one of the most skilled representatives of his profession worldwide, but is considered by many to be the guitarist of the century. Nearly 20 first prizes at national and international guitar competitions prove the high musicality of the native Neapolitan. Thus, Aniello Desiderio in his superior mastery of the instrument is free from any restrictions and was rightly characterized by the Deutschlandradio as follows: "Aniello Desiderio fears neither heaven nor hell, he knows only three authorities – love, life and death."