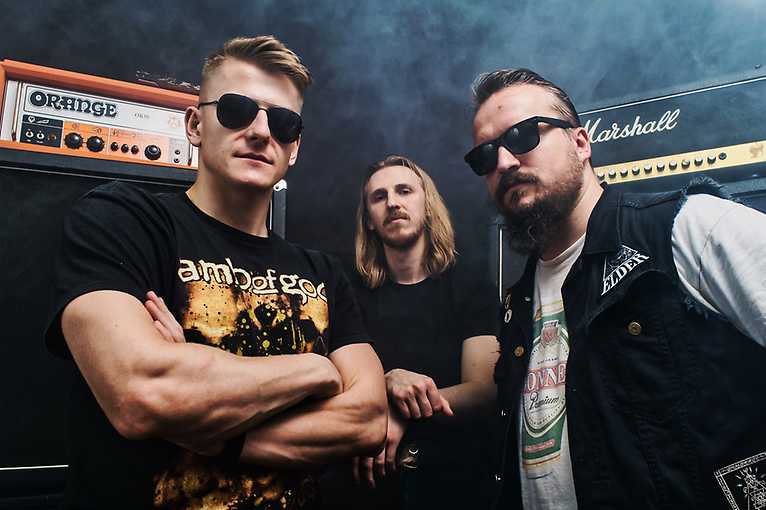 A concert by two sludge bands, Weird Tales and Ethbaal, and a handful of stoner-funk mixes from Highfly.

Followers of the cult of riff inspired by the madness of amphetamine psychosis. Acid ditched after three days of mephedrone. Mushrooms drunk with warm vodka. They spin stories of ego death and hatred of people. It is bad. It will be worse. Weird Tales is a Polish band playing doom metal, sludge and stoner rock. They debuted in 2017 with two EPs - Weird Tales and Shiny Void. Hell Services Cost a Lot from 2019 is their debut album. 6 tracks about Satan and one about the sea. Their next EP, Y’all Motherfuckers Forgot ‘Bout Good Ol’ Son of a Bitchin' Blues, was released in 2021. They’ll be playing alongside Ethbaal, a sludg-doom crew who released the album Repent or End up Suffering earlier this year, which they’ll be promoting at the show. Highfly is an absurd mix of stoner, funk, grunge, rock n' roll and broken riffs. The band members are fans of DIY methods. They like to play loud, dirty and chaotic. Since 2017 they have released a trilogy of EPs entitled Or Die, and several low-budget audiovisual productions. They have been touring regularly almost since their inception.