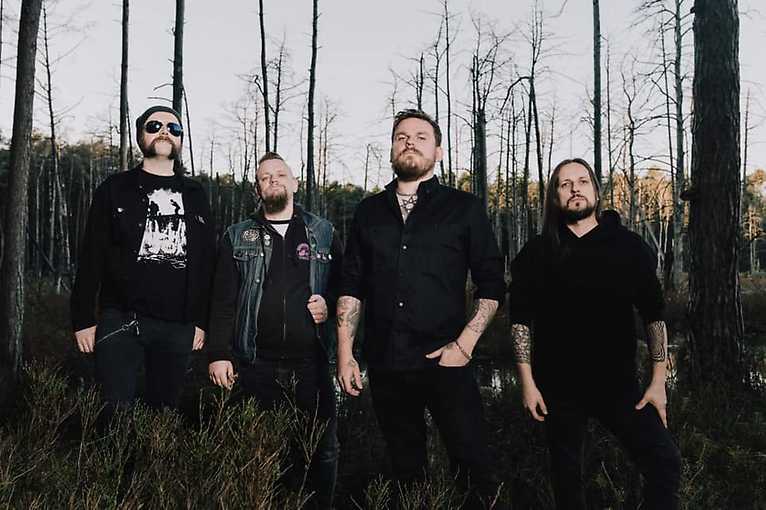 Weedpecker and Stonerror at joint concert in Alchemia.

Weedpecker was born in Warsaw around 2012, when the first two of them decided to match their dreamy psychedelic rock tunes with some stoner rock. Soon joined Pan Falon as drummer. After the summer of 2012 the lineup was completed with the Spanish bassist Jeso, who was earlier in some extreme acts like Looking For An Answer and Antigama. In April 2013 they recorded their first self titled album, followed by II in 2015, and III in 2018. Their fourth album is IV: The Stream of Forgotten Thoughts.

Stonerror is a Polish rock band formed in Cracow in 2015. Comprising vocalist/guitarist Łukasz Mazur, guitarist Jarosław Daniel, bassist/lyricist Jacek Malczewski, and drummer Maciej Ołownia, the group often collaborates with the underground legend Maciej Cieślak, who acts as its producer and a guest musician. Stonerror’s discography consists of the Rattlesnake Moan live EP (2016), two studio albums: Stonerror (2017) and Widow in Black (2019), and the Troublemaker EP (2020). All releases were well-received at home and abroad, with the critics praising the group’s explosive energy, powerful sound, musical craftsmanship, tight songwriting, and a wide palette of musical genres melted into an original and unique style (dubbed as “psychedelic stonerpunk”). The band has toured Poland, France, Germany, Switzerland, Czechia, and Ukraine, performed live on nationwide radio stations, and appeared at domestic and international rock festivals, sharing the stage with Mike Watt, Nick Oliveri & Mondo Generator, Elder, Church of Misery, Belzebong, and many others.