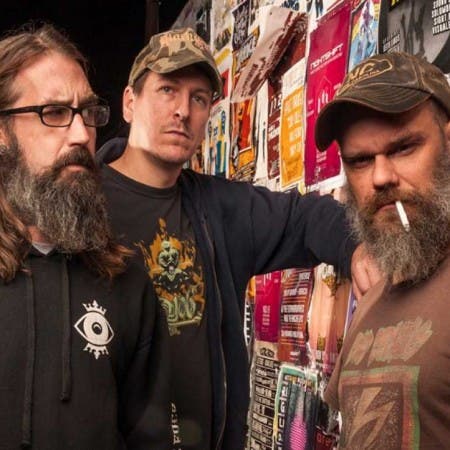 Weedeater is a stoner metal band founded in Wilmington, North Carolina. The debut album of the 1995 band is called … and Justice for Y’all and was released in 2001. They are signed to Season of Mist, can be compared to bands like Bongzilla, Electric Wizard, Acid King or Dopethrone and write lyrics about marijuana, drugs in general, everyday life and social and personal issues.