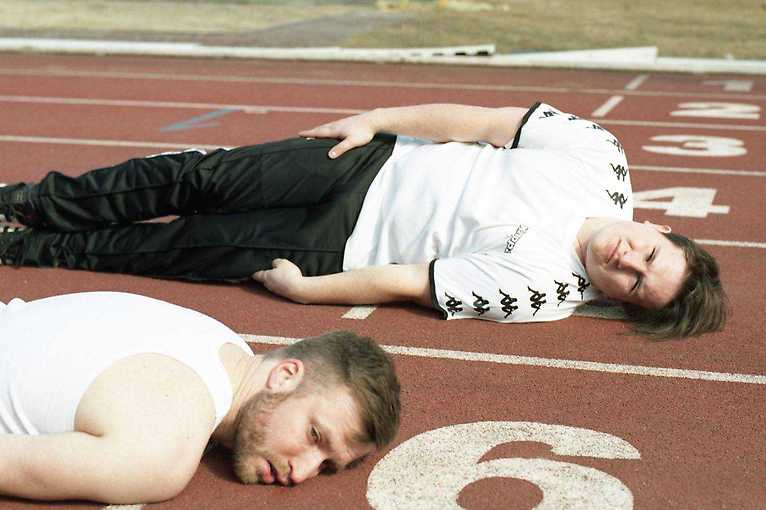 Pożegnanie z Zawodami may be the last opportunity to listen to the loud album “Competition” entirely live in club conditions and see the duo W&I on the stage in sports clothes. After a series of autumn concerts, the band plans to stop touring and focus on working on the next album.

In their music, the Duo of Ways combines the Polish cold wave with synth-pop hits in the style of the 80s and 90s. Strong, emotional Polish lyrics, hit songs, original music videos and lively concerts caused that the Holidays got loud among fans of Polish alternative music. Wczasów’s debut album Zawody won the hearts of many listeners and reviewers, and was even received by some as a generational manifesto. Holiday concerts, incl. at Spring Break, Off Festival and Open’er Festival they were enthusiastically received and widely commented, and by some considered even one of the best concerts of this year’s edition.

Cudowne Lata is a Warsaw-Krakow music duo made up of Ania Włodarczyk and Amina Dargham. The band was formed in the summer of 2018. In the autumn of the same year, Wonderful Years released their self-recorded EP Demo with dreamy and romantic songs that captivated the audience during numerous club concerts. In April 2019 the first single announcing the album was released – a song called _ Smell and you_.