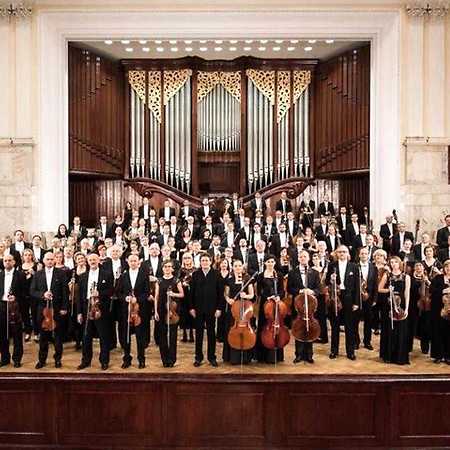 Tickets Save Saved Loading
Chamber Music Concert of the Graduates of the Fryderyk Chopin University of Music in Warsaw Warszawa, Warsaw Philharmonic Tue 16/6/2020 19:00

The Warsaw National Philharmonic Orchestra is a Polish orchestra based in Warsaw. Founded in 1901, it is one of Poland’s oldest musical institutions. The orchestra was conceived on the initiative of an assembly of Polish aristocrats and financiers, as well as musicians. Between 1901 and the outbreak of World War II in 1939, several virtuoso- and conductor-composers regularly performed their works with the orchestra, including Edvard Grieg, Arthur Honegger, Leoncavallo, Prokofiev, Rachmaninoff, Maurice Ravel, Camille Saint-Saëns, Richard Strauss, and Igor Stravinsky. Among the other luminaries who played with the Philharmonic were pianists Ignacy Jan Paderewski and Arthur Rubinstein, violinists Jascha Heifetz and Pablo de Sarasate, and cellist Pablo Casals. The Philharmonic has played host to the Chopin International Piano Competition since the contest began in 1927, and also appeared at the inaugural Wieniawski International Violin Competition (1935) and Universal Festival of Polish Art (1937).