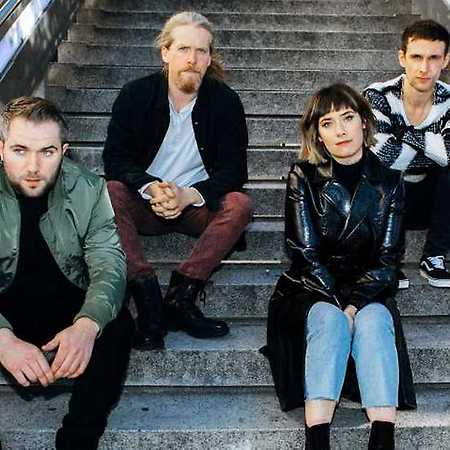 About Walking On Cars

Walking on Cars is an Irish alternative rock band from Dingle, consisting of Patrick Sheehy, Sorcha Durham, Dan Devane, Paul Flannery and Evan Hadnett.
The group started with performances in small pubs and clubs in their home town of Dingle, County Kerry. In 2016, the band released their debut album. Everything This Way climbed to the top of the Irish album charts. The second album Colours appeared in 2019.

GoOut.net > Artists > Walking On Cars
I want a voucher