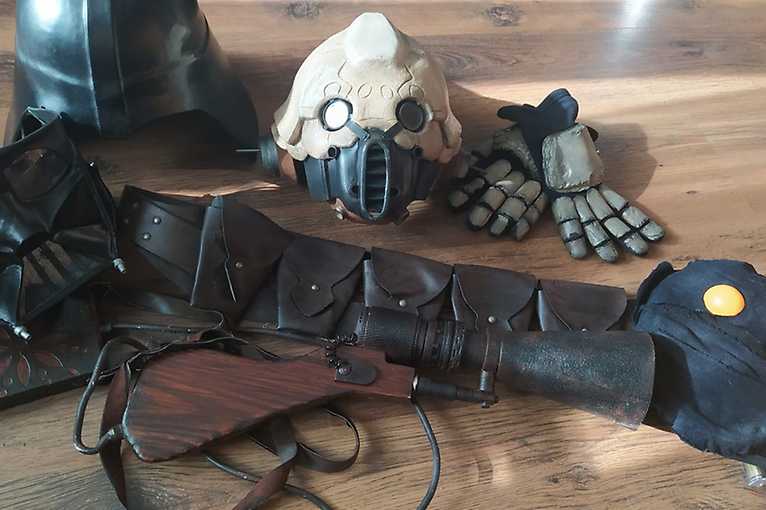 In the world of sci-fi film, this is a real treat for “Star Wars” fans.

The workshop day will be divided into two parts. In the first part, the participants will get acquainted with the concept of film sets and frames. We will also look at the issue of building a stage space and the differences in its construction on the set of nine films from the Star Wars universe. Then we will talk about special effects, create together models of the Skywalker farm and improve the figure of Jabba the Hut.

In the second part of the day talks will enter the world of Star Wars fans and cosplay. They will answer the questions: what is cosplay, where to use it and who can be a cosplayer? Where to get ideas, patterns, refs? What are the necessary tools for beginners and where to get them? Are there any special techniques for making costumes? How do you take a mould off e.g. for a cartwheel? The issue of make-up in cosplay will be discussed and what to keep in mind when creating a costume or weapon. The classes will try to explain what a special photo session looks like and how to get to the first event. They will show how to remove the mould for the body armour and what the finished costumes look like. At the end of the class each participant will create their first mask.

*All necessary materials will be provided. Classes from 10 to 15 years old. They will last for 5 hours. They will be led by Monika Ratajczyk and Angelika Słomska.