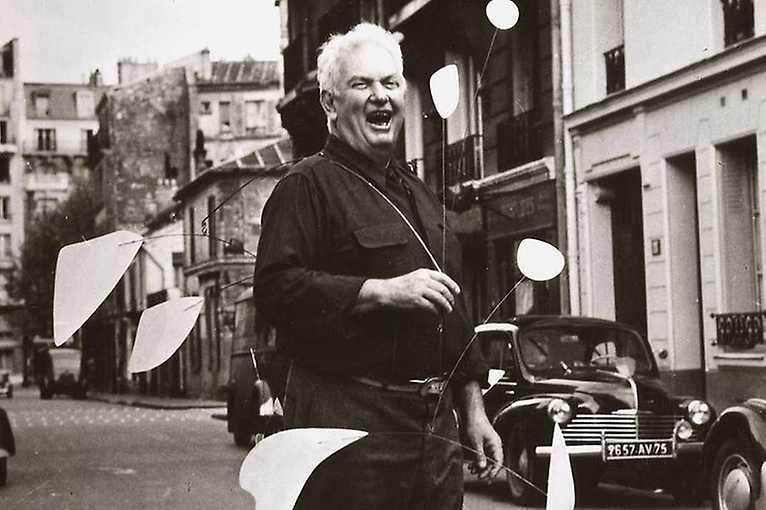 Online lecture in Polish about the life and work of American sculptor Alexander Calder.

Calder was a versatile artist. Although he is best known for his sculptures, he was also involved in painting pictures, creating graphics and set designs for theater performances or designing jewelry. Since childhood he was surrounded by art because his parents were artists. As it often happens, they would advise their son against the artistic path, aware of the uncertainty of fate, lack of stability and constant income. At their persuasion, Calder studied mechanical engineering at the Stevens Institute of Technology. However, he was drawn to artistic work and, disregarding his parents' warnings, he went to New York to study at the Art Students League. Here he began to paint pictures and illustrations for newspapers. In 1926 he left for Paris, where he began to create static sculptures of wire and thick iron sheets. Soon his education became known and Calder began to construct mobile, kinetic sculptures moved first by hand or on a motorcycle and then only by air movement. His knowledge of mathematics and physics made these sculptures perfectly designed and constructed. Innovative solutions were a break with traditionally understood sculpture, and engineering perfectionism brought a wonderful effect of lightness. Calder’s sculptures are strange, they resemble some kind of unreal creatures, which in addition move, but at the same time are interesting and intriguing.

Host: Magdalena Kąkolewska – founder of the Art Transfer Foundation and president of the Hestia Artistic Journey Foundation. Graduate of law and art history. In 2013-20 she organized 51 art exhibitions of young artists within the APH Foundation. Through her activities she promotes the idea of education through art and supports young talents who make their debut in the art world. Curator, educator and lecturer. Author of a series of lectures on female artists conducted within the program Sunday lectures by Magda since 2018, a series of weekly lectures within the program Stukas transfer since 2013, a program for children How artists see the world and what results for us since 2012. Lover of travel with art.