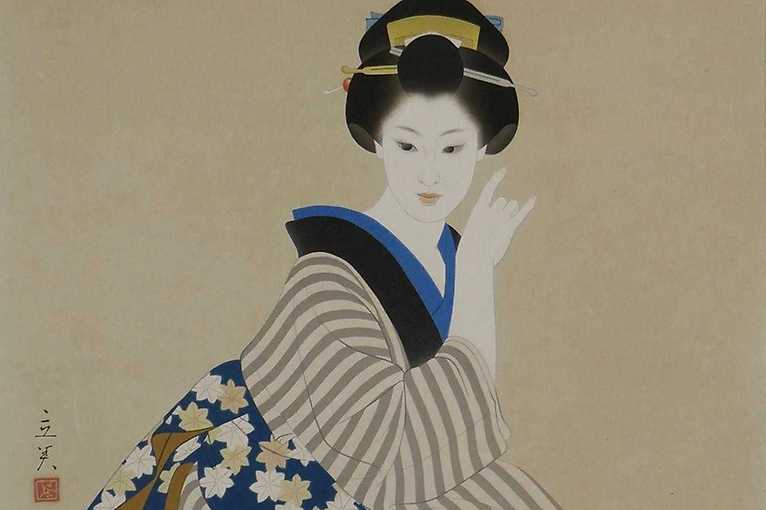 Japanese aesthetics has attracted the Western world since the mid-19th century, when the Orientalist boom took place. For years, exhibitions of art from the Far East arouse extraordinary emotions and fascinate with their distinctiveness. During the October cycle of lectures it will be possible to try to define this Asian “otherness”, through learning about the historical context, basics of philosophy, aesthetics and of course through ukiyo-e (jap. 浮世絵) woodcuts. The term translates as “paintings of the flowing world.” The name alludes to the Edo period, a period that has been mythologized many times and considered by many almost as a fairy tale era in Japanese history. A time of prosperity and stabilization of the country through the end of civil wars, it began to be associated with a period of beauty and carefreeness, a flourishing of literature, art, fashion and theater. Each artist specialized in a particular theme: for Kunisada it was primarily kabuki theater, Kuniyoshi was fascinated by the world of ghosts and phantoms, Utamaro focused on feminine beauty, showing the daily rituals of female residents of Japan. Hiroshige was fascinated by Mount Fuji, and nobody has ever looked at the surrounding nature with such sensitivity.

The lectures will be conducted by Maja Wolniewska – art historian, curator and critic. Author of numerous publications and reviews, she cooperated, among others, with Szum magazine and the Niezła Sztuka portal. During her MA studies she conducted research on Japanese aesthetics and sense of beauty, basing her research primarily on ukiyo-e woodcuts. Her fascination with Japanese art was sparked by the exhibition Utagawa Kuniyoshi. In the World of Legends and Fantasy, organized by the National Museum in Krakow in 2011. Since 2019, she has been associated with the Artistic Journey of Hestia Foundation, where she is primarily responsible for the exhibition schedule at the ERGO Hestia Art Pavilion and the Foundation’s art branding program.