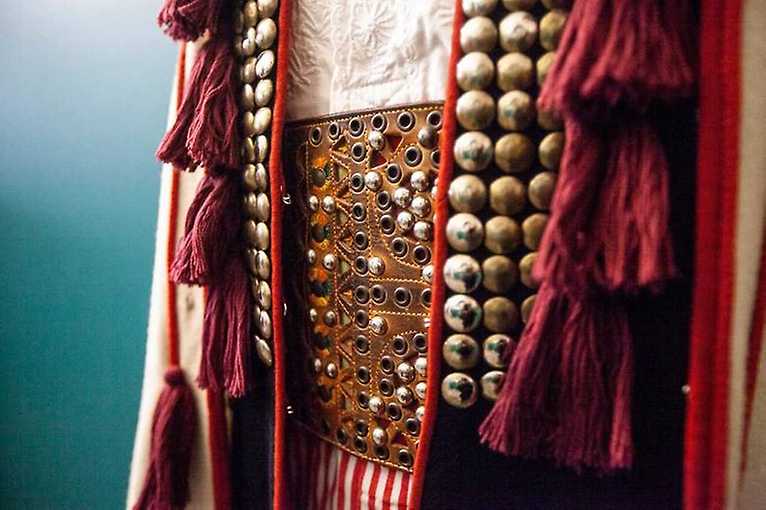 Less than three months after the Bronowice wedding of Lucjan Rydel and Jadwiga Mikołajczykówna, in November 1900, Stanisław Wyspiański created his literary vision of the event, which on 16 March 1901 gained its theatrical stage form. Already after the premiere the Wesele was read as a metaphor for the history of the Polish nation, and it is so interpreted to this day. The exhibition In Chocholim tańcu confronts the vision of Wyspiański and the theater artists who produced his drama. It presents in a synthesis the history of the successive directorial interpretations of the drama and the social reactions to the performances, offering at the same time a reflection on how Poles have seen and shown themselves in the “mirror of Wesele”.

Over the past 120 years, Wesele has also become a space for experimentation, in which we have measured ourselves against Polish identity, social relations, patriotism, neglect, fears, and desires. The exhibition gives an insight into how directors of different generations and in different political contexts, such as Lidia Zamkow in 1969, Jerzy Grzegorzewski in 1977 or Michał Zadara in 2006, worked with these themes. Are we able to see ourselves asleep in a goblin dance? The exhibition is accompanied by a catalog presenting 120 years of Stanisław Wyspiański’s Wesele on stage in Poland. The essays collected in the publication have been written not only from a historical and theatrical perspective – they also address the most important issues of Polish culture and social life. Among the authors: Piotr Augustyniak, Ewa Benesz, Dorota Buchwald, Piotr Dobrowolski, Jan Klata, and Wiesław Komasa.