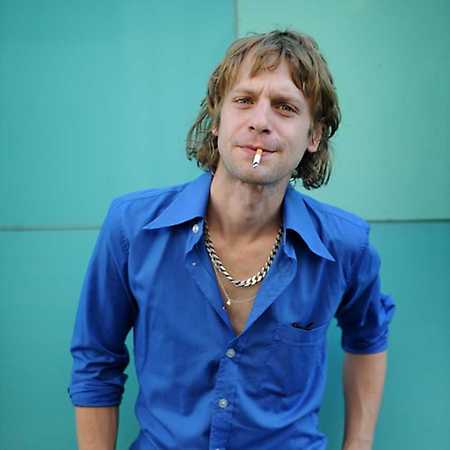 Voodoo Jürgens is an Austrian singer-songwriter. His trademark are the black-humorous texts in the Viennese dialect. Musically, he is attributed to the Austropop.

After completing school, Voodoo Jürgens began an apprenticeship as a confectioner at the Demel bakery, but he did not graduate. At the age of 19, he lived in Vienna. After he had dropped off school, he later worked in a cemetery as a gardener, since his music still did not throw enough money to live.

Voodoo Jürgens was a co-founder and singer of the reasonably successful garage rock band Die Eternias, a britpop band formed in the first half of the 2000s. His singing was easily recognisable by his Austrian accent in English. With him, the band published two studio albums and an EP. The members of the group gave themselves with the publication of each album new pseudonyms, Voodoo’s stage name was Voodoo Jürgens. At some point he switched to songwriting and dialect and made it in 2016 with his first hit: Heite gross ma Tote aus.

Voodoo Jürgens' first major public appearance was on the Nordbahnhofgelände. He was introduced to a nationwide audience by the youth radio station FM4. In the music video to Gib mir alles by the Viennese band Wanda, Voodoo Jürgens had a guest appearance and was taken under contract by Wanda’s management. In May 2016, his first single Heite grob ma Tote aus came out, which reached #1 in the FM4 radio charts. In autumn 2016, the debut album Ansa Woar published on Lotterlabel, the label project of founder Stefan Redelsteiner. In addition to Austrian musicians such as Der Nino aus Wien and Ja, Panik, the actress Eva Billisich also contributed to the album. It reached number 1 on the Austrian charts. At the 2017 Amadeus Awards, he was awarded in the Alternative category.