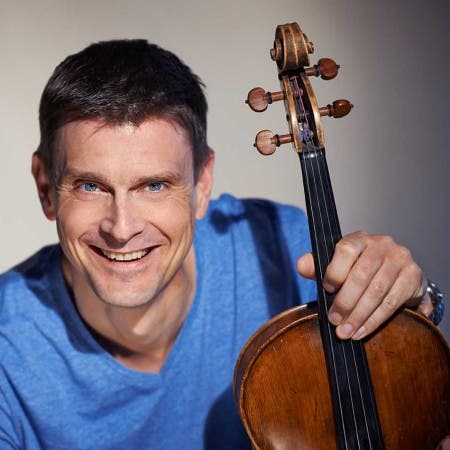 The German violist Volker Jacobsen was born in Hannover. He first studied under Christian Pohl, then under Barbara Westphal at the Lübeck Academy of Music. Among his teachers and advisors in the area of chamber music have been Walter Levin and members of the Emerson String Quartet. In 1989 he was a founding member of the Artemis Quartet, which became world famous after winning the ARD Competition in Munich in 1996, followed soon thereafter by another first prize at the prestigious competition Premio Paolo Borciani in Reggio Emilia, Italy. Volker Jacobsen devotes the majority of his artistic activity to playing chamber music. His concert partners have included the cellist Gautier Capuçon, the pianists Leif Ove Andsnes and Matthias Kirschnereit, and the violinist Renaud Capuçon. He is also active as a teacher – he is currently a professor of viola at the University of Music, Dance and Media in Hanover.