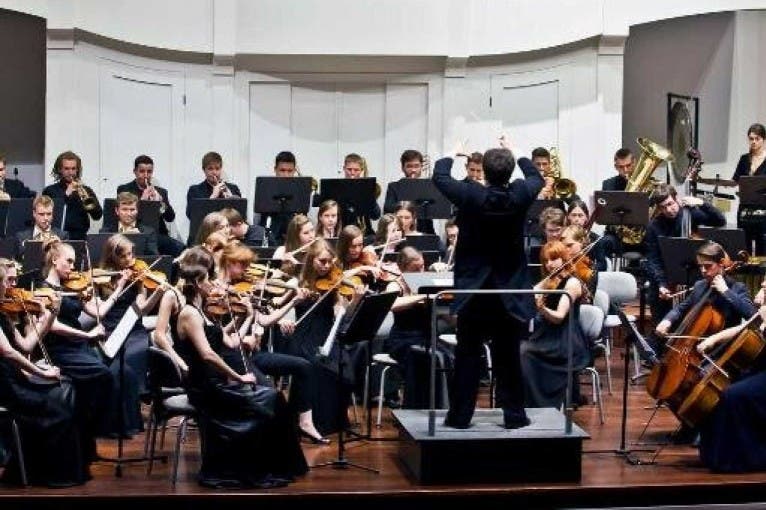 Visual Concert: The Concert of Film and Epic Music with a film projection of the most beautiful places in the world is an amazing multimedia and music show, which at the beginning of 2019 already visited several Polish cities, filling the arena in Poznań, Gdynia and Wrocław. Visual Concert will return this fall to present its phenomenon with even greater momentum. New visualizations, an even larger orchestra, choir and excellent vocalists as well as innovative effects will also appear on the stages of other cities in Poland.

During Visual Concert you will hear both well-known and liked soundtracks from films (including Gladiator, Avatar, Pirates of the Caribbean, James Bond, Dreamer, Transformers, Lord of the Rings) as well as energetic, epic sounds of the genre “trailer music” (known on around the world by Two Steps From Hell). Film images and visualizations of the greatest places in the world will be available on the latest, latest generation of cinema-wide LED screen.

On stage, under the direction of Adam Domurat, the 80-person CoOperate Orchestra will perform with the accompaniment of the UAM Academic Choir. Together with the soloists, they will take listeners on a musical journey to the most unusual and spectacular places on Earth. The audience will visit charming Hawaiian beaches, knocking down 7 Wonders of the World, amazing National Parks, ancient tropical forests, monumental snowy mountain peaks and impressive urban jungles from around the world.

Tickets Save Saved Loading
Call Me By Your Name: Live in Concert Poznań, Earth Hall sun 11/4 21:00