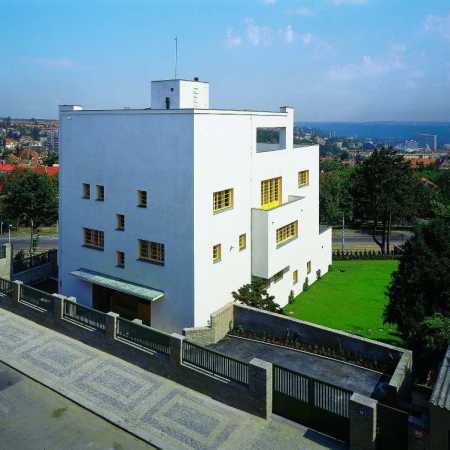 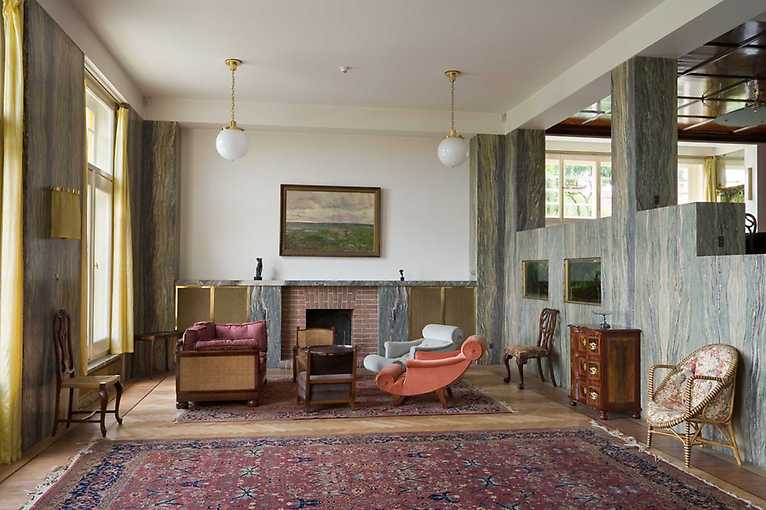 The villa for Milada and František Müller in Prague (1928–30) is the chef-d’oeuvre of the international architectural avant-garde. It as an example of the rare concord between an enlightened client and a brilliant architect. František Müller, co-owner of the Kapsa-Müller construction company, was one of the leading lights of Czech society of his day.

He had no hesitation in commissioning one of the greatest architects of the time to design his own, representative home – Adolf Loos, who had already been active in Bohemia. This commission allowed Loos to bring his original spatial conception, known as Raumplan, to a rapid culmination. The outfitting of the villa interiors – selected and in many cases designed by the architect himself – was the embodiment of the surprising harmony between modern Functionalism and the classic English style. After an eventful history in the post-war years, the Villa was restored in 1997–2000 and opened to the public as a National Cultural Monument.