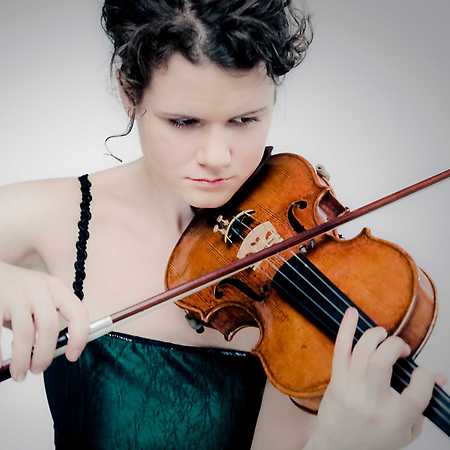 Viktoria Elisabeth Kaunzner, born in 1982 in Deggendorf (Bavaria), gave her solo debut as a twelve-year-old with the Pilsen Radio Symphony Orchestra. Having completed her school leaving examinations (main subjects mathematics, Latin, religion and music) she studied violin with Josef Rissin at the Hochschule für Musik at Karlsruhe, with Stephan Picard at the Hochschule für Musik Hanns Eisler in Berlin where she received her diploma, with Sebastian Hamann at the Musikhochschule Lucerne, Olivier Charlier at the Conservatoire National Supérieur de Musique et de Danse, Paris, baroque violin with Ingeborg Scheerer and finally in Zakhar Bron’s master class at the Hochschule für Musik und Tanz in Cologne, where she was awarded the degree of Master of Music (solo violin).