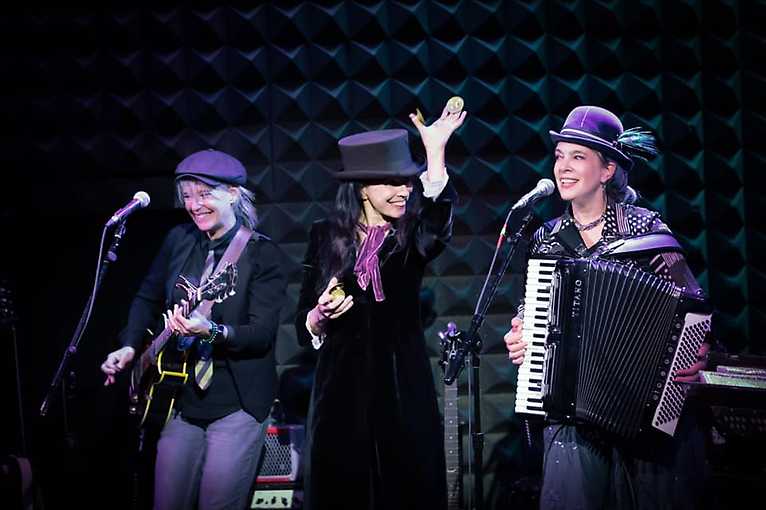 The concert of VickiKristinaBarcelona will take place in Cafe V lese on September 22, 2021.

One of New York CIty’s most beloved and talked-about bands, VickiKristinaBarcelona Band transforms the songs of Tom Waits, showing them in a new light, a genre unto themselves, while maintaining the original humor and pathos. Their repertoire explores the vast landscape of Waits’ styles, by turns danceable and philosophical, humorous, unsettling and heart-warming. The name of the band is an adaptation of a Woody Allen movie title. As the film centers on the story of three strong women and their complicated dance around a male character, it is a reflection of the group’s dynamic and mission. There is a playfulness to the reference, a sly wink and a reclaiming of female power.

VickiKristinaBarcelona  I Don't Wanna Grow Up