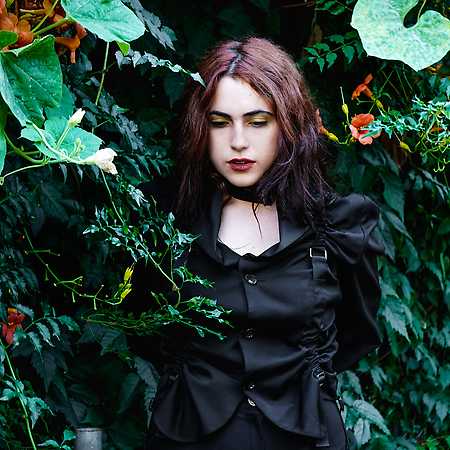 Dylan Scheer is a key member of Brooklyn’s emerging electronic underground and adopted the Via App moniker in 2012, when she was living at one of Boston’s longest-running DIY venues, a vinyl-sided home on a backstreet of a dense neighborhood, where many unlicensed basement shows take place. At the time, she and her roommate booked local noise and left field techno acts, but also bigger names.

After the home in 2013 became the target of a bizarre police campaign, Scheer moved to Brooklyn and quickly found herself in the electronic avant-garde, tying a confrontal punk attitude to the ethics of techno parties.

While techno and noise have become point of her musical focus, Scheer’s more recent productions are rather dissonant and disturbing. With each element, from the industrial drums to heavily abstracted vocal samples and otherworldly synths, she creates subtle shifts in feeling.

There is not much smooth about Scheer’s music, from sound design to song arrangement, she uses disruption as a way of keeping the listeners thrilled. Like many of her peers who entered the scene through extreme music like noise or industrial, she prefers bold, dynamic statements before continuity and comfort.