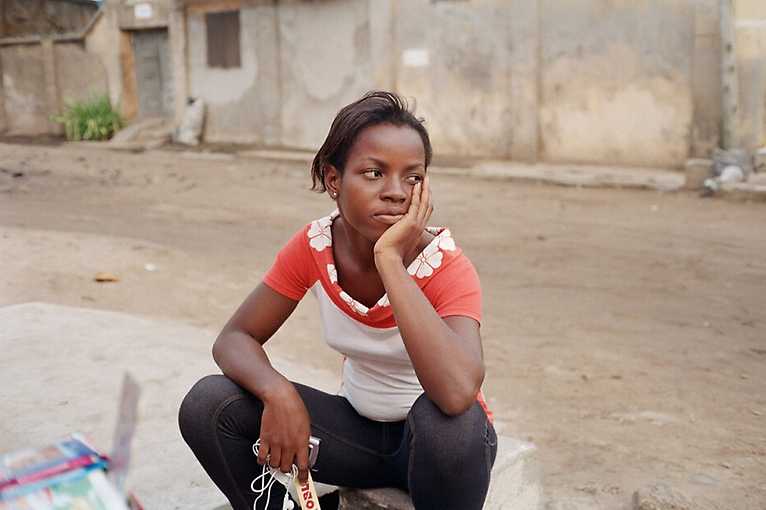 Perspective is a question of seeing and taking action. Both of which are directly connected to the experience of space. We now inhabit a living environment and communications space that ask or allow for a multitude of perspectives. In light of this it is possible to again pose the question as to the nature of social documentary photography.

For years Tobias Neumann has been traveling to Lomé and photographing two sisters. He later continued the portrait series with one of the sisters in Leipzig. Though the living environments are very different, his sympathetic vision provides a common element. In his picture sequence Andrzej Steinbach presents the portrait of a group of three individuals of the same age as an alliance of “shifting identities”. His portrait can be read as the antithesis to contemporary society’s desire for homogenization and clear borders. In Nová Evropa Christian Kasners turns his attention towards similar questions in the Czech Republic. He reads and registers symbols of consumption, the xenophobic statements of right-wing populist politics, traces of National Socialism and manifestations of the Left and places these pictures in close proximity to one another. Since 2015 Susanne Keichel has been reflecting on the treatment of refugees in her own surroundings as an object of political and logistical friction and as a xenophobic reaction. As the product of a film workshop with inmates of a youth detention centre in Madagascar, Lina Zacher’s documentary portrays the living circumstances of this micro society from the perspective of the inmates themselves. To what extent are new spheres of action generated for the prisoners and the artist herself?