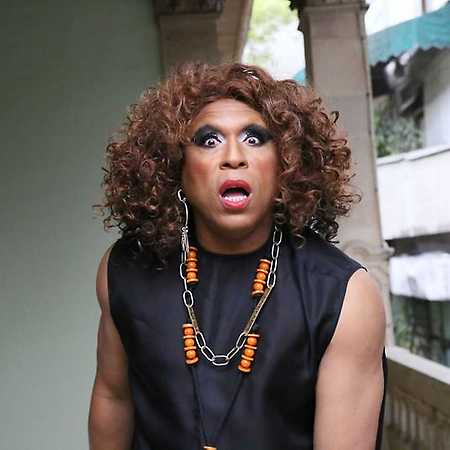 Vaginal Davis  This Is Not A Dream

Vaginal Davis is an American performing artist, painter, independent curator, composer, filmmaker and writer. Born intersex and raised in South Central, Los Angeles, Davis gained notoriety in New York during the 1980s, where she inspired the Bushwick neighborhood of Brooklyn’s prevalent drag scene as a genderqueer artist. She currently resides in Berlin, Germany.