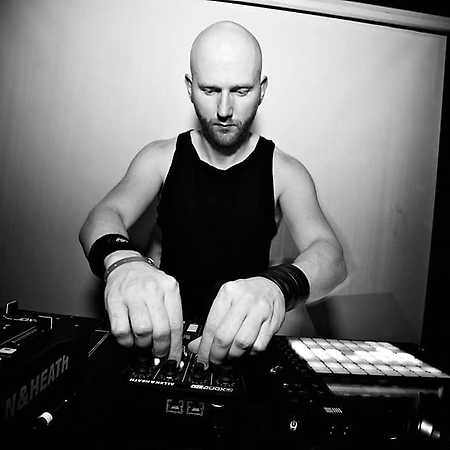 Uun is a Detroit-based techno artist known for the intensity of both his productions and live performances. Brought up in the music scene of Kansas City and currently residing in Detroit, Uun developed his interest in the fringes of sound as a guitarist in multiple bands before turning his focus to techno in 2012. Both his early work as a band member and his current work as a techno producer share a common exploration of darkness both in mood and in execution.

Although he has been producing and performing since 2012, 2018 has seen Uun’s profile rise substantially, with releases on Mord, Dynamic Reflection, No Future But What We Make, as well as Ego Death.

In 2016 Uun created his own imprint as a platform to showcase the diversity of his productions. Titled Ego Death, the label explores themes of existentialism, duality, and what it means to be an artist in the modern era.

He is also involved in the label and event series Modern Cathedrals, known for its eerie broken beat techno and Eden events. While started as a fully Detroit operation, it is now hosting events abroad, the first of which being in Berlin.