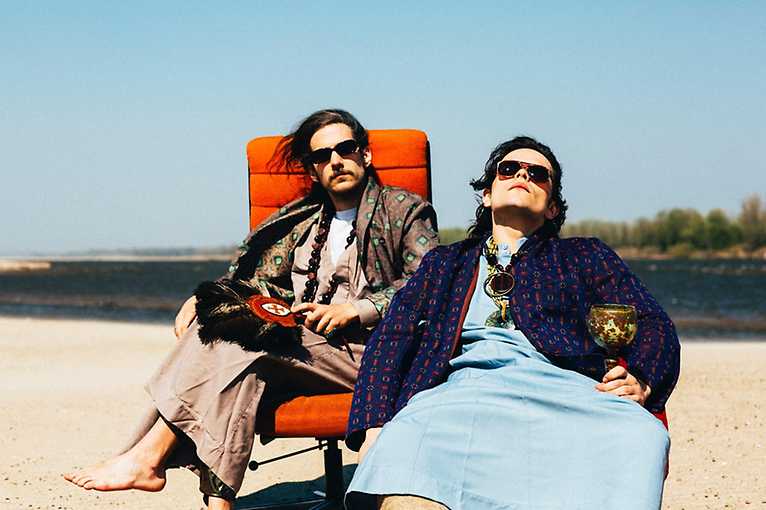 For the First Birthday of Radio Kapitał, the first Polish social radio station to be co-created by nearly 300 people, there will be a joint celebration on an endless Saturday evening with music in Pardon, To Tu.

Rosa Vertov’s sound consists of overdriven guitars immersed in reverberation, a sonorous, vibrating bass, a trance rhythm section with a distinct floor volume and four ethereal vocals. Dysoning and restless compositions create an atmosphere of melancholy, which takes the audience into the unreal world of dreams. Beluga Stone – a project by Maciej Sondij and Jędrzej Dudek – co-founders and founders of the band P.Unity, brothers by choice, who have been working together since the age of thirteen. The debut album beluga trigga and master stone’s spiritual surfing was released on 20.04.19 by U Know Me Records. The songs collected by the duo are characterized by their multi-layered character, tendency to trance-like repetition and smooth intertwining of the beat-tape form with strictly songwritten thinking. Stylistically, the material is somewhere between psychedelic guitar music and abstract hip hop and soul. Temptation – trio Natan Kryszk (baritone saxophone), Tymek Bryndal (bass), Teo Olter, (drums). The band has existed since 2012 and from the very beginning it has been breaking into the Polish jazz scene. From the concert in Pardon, To Tu at the Niewinni Czarodzieje festival to performances at the Jazz Jantar in Gdańsk and cooperation with many musicians of the Warsaw and Polish impro / jazz scene. The band’s inspirations mix all kinds of music: jazz, traditional, improvised and electronic, experimental and hip-hop-popular. The DJ sets will play Ensor and Dawanko.