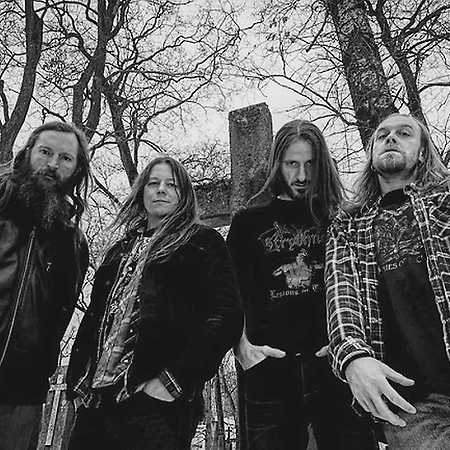 Undergang was spawned from the sewers of the Copenhagen underground in the late spring of 2008, with the intention to bring back rot and putridity to the Death Metal scene. In the beginning of September 2008 a demo version of “Evigt Lidende” was recorded, but was never officially released on its own. During the last half year of 2008 the band played a lot of shows and towards 2009 recorded the debut album Indhentet Af Døden. They have since recorded three more albums and are considered one of the more interesting old school death metal revival bands.