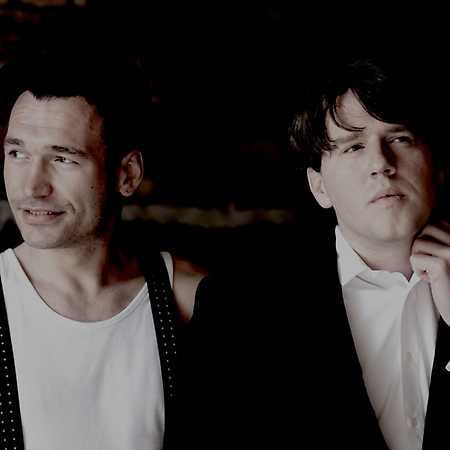 Robert and Sam first met in a little basement studio in a village not far from the coast of the Baltic Sea. At that time they played in different bands – Robert as a producer and keyboarder of a Depeche Mode influenced electronic liveact and Sam as a singer/songwriter and guitarist in several jazz- and rock bands. It took a while before they both started producing together and playing their liveset in various clubs and open airs in Berlin. But does it matter? What really matters is if they have something to contribute to the vast electronic music scene with its thousands of creative and talented producers. Surprisingly, they have! And it is not the latest club-rocking extremely loud techhouse chord, nor a trendy new special sound for the percussions that will then stay the same for the next 20 releases. And its definitely not a bunch of africa/swing or trumpet samples combined with a state of art house beat. It is the urge to write and compose techno songs. Not tracks… songs! Songs that dedicate themselves to the repetitiveness and intensity of electronic dance music and still fly with the emotion of real composing. You can catch a glimpse of that on umamis first vinyl “Ich & Du”, a collaboration with AKA AKA on Stil vor Talent or their track “I come to you” which was released on Burlesque Musique in 27. of September 2010.