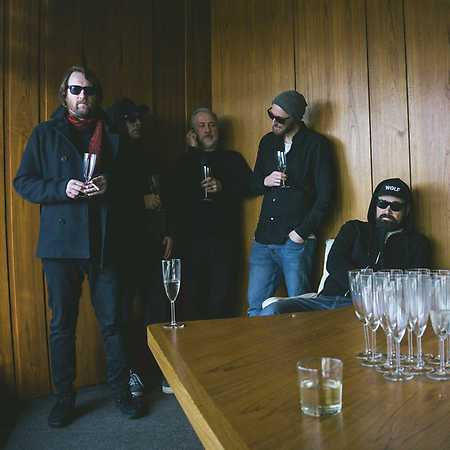 Ulver (Norwegian for “wolves”) are a Norwegian experimental musical collective founded in 1993, by vocalist Kristoffer Rygg. Their early works, such as debut album Bergtatt, were categorized as folk-influenced Black Metal, but the band has since evolved a fluid and increasingly eclectic musical style, blending genres such as experimental rock, synthpop, ambient, trip hop, symphonic and chamber traditions, noise, industrial or drone. 1997 marked their international debut with the release of their third album Nattens madrigal through German label Century Media. However, following discord with the label, Kristoffer Rygg formed his own imprint, Jester Records, in 1998.

In 1998, Rygg met composer and multi-instrumentalist Tore Ylwizaker and together they changed Ulvers musical direction. Their first joint musical endeavour was inspired by the works of William Blake. Themes From William Blake’s The Marriage of Heaven and Hell was released in 1998, followed by the EP Metamorphosis (1999) and the album Perdition City – Music to an Interior Film (2001).
For years, Rygg, Ylwizaker and author/publisher Jørn H. Sværen formed the core of Ulver, before expanding the collective in 2009 when the band went live. Norwegian musician and producer Ole Alexander Halstensgård has also since then, established himself as another prominent member of the band.

Ulver has performed at several prestigious venues, including Queen Elisabeth Hall (2009), the Norwegian National Opera and Ballet, Teatro Regio di Parma, Labirinto della Masone di Franco Maria Ricci and held artist residency at Henie Onstad Kunstsenter. The band has sold over half a million records, has been twice nominated for the Norwegian Grammy Awards, Spellemannsprisen, in different categories, won Album of the Year at the Oslo Awards for Shadows of the Sun in 2008, won the NATT&DAG award for Best Live Act in 2011, and earned a global reputation for stylistic unpredictability.