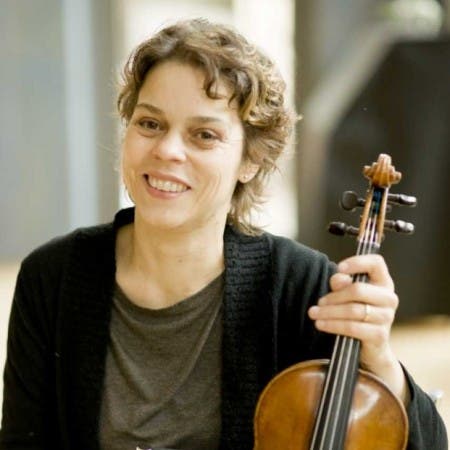 Ulrike-Anima Mathé is recognised German violinists. She studied at music schools in Basel, New York, and Detmold. She makes solo appearances with such renowned orchestras at the Stuttgart Chamber Orchestra, the Czech Philharmonic, and the Hungarian Radio Orchestra. Critics have praised her playing as “fascinating, evocative, and deeply felt”. She has won a number of prizes at international competitions including the European Violin Competition in 1985 in Vienna and the 1989 Queen Elisabeth Competition in Brussels. She has made concert appearances on prestigious stages in Berlin, New York, Cologne, and at the Mozarteum in Salzburg, among other places. She is a frequent guest at the Lucerne Music Festival. A prominent feature of her artistic profile is her commitment to the promotion of contemporary music and her deep interest in historically informed interpretation. For the Dorian Recordings label, she made a highly rated recording of the complete sonatas for violin solo by Max Reger.