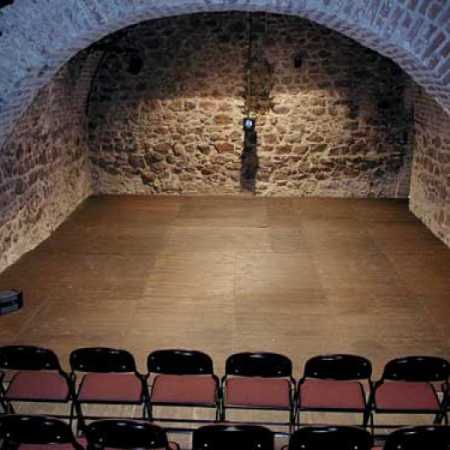 U Stolu Theatre was an intimate chamber scene of the Centre for Experimental Theatre focused on regular dramatic texts as well as on dramatizations of literary pieces and a various scenic compositions of works of poetry. Its repertoire was based primarily on the great works of Czech and world literature evoking the basic existential questions of human life. U Stolu Theatre played at the Cellar Scene, which is located in the underground space of the House of Lords of Fanal. The theatre closed down in 2018. Another platform called Terrain is being created and is going to be opened in September 2019.

The Goose on a String Theatre