The U.K. Subs are an English punk band, among the earliest in the first wave of British punk.Formed in 1976, the mainstay of the band has been vocalist Charlie Harper, originally a singer in Britain's R&B scene. They were also one of the first street punk bands. Their name is short for 'The Subversives' but since there was already a Scottish band with the same name, they added U.K. to the front.

In 1977 the band recorded a liveset in the hopes that it would be published as an album but they had to wait until 1980 for it to be published under the title Live Kicks. However, they did end up getting a record contract with the label 'GEM'. Their debut album Another Kind of Blues reached number 21 in the English charts, additionally they produced a series of hit singles. Their chart success was followed by tv appearances, cover stories, a film documentary, festivals and their first tour through England. In 1980 they accompanied the Ramones through Europe and supported The Police on a small tour through the USA. The same year the studioalbum Brand New Age was released and stormed the charts just like the livealbum Crash Course.

Throughout the 1980s the members of the band changed quite frequently but, despite Charlie Harper being the only original member left, the group never disbanded. With the releases of their albums Diminished Responsibility and Endangered Species their sound changed more to hard rock and heavy metal. In the following years they continued touring and releasing albums.

Even now the band is still performing concerts all over the world, usually in clubs and at festivals. 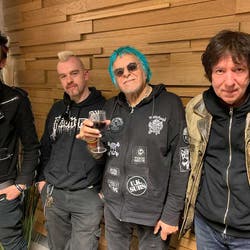 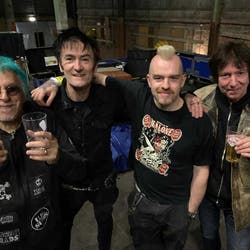 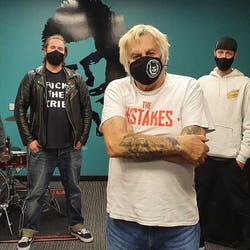 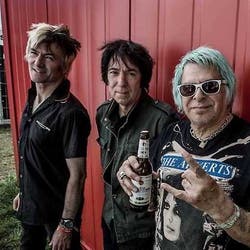