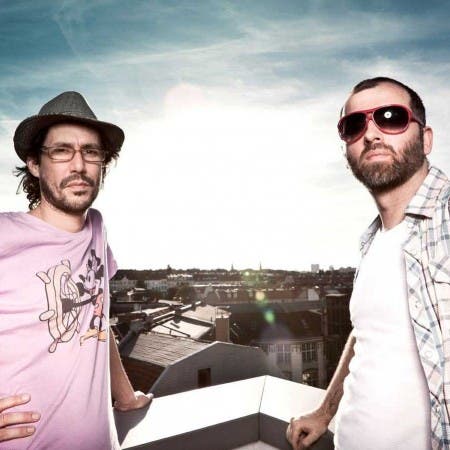 Robert Galic (alias Edgar Peng aka RAS) and Tim Brüggemann (alias Didier de la Boutique) are deeply rooted in Funk & Soul, Jazz and Afro Beat, in general the whole topic of Black Music played an important role in their musical imprint. Their musical taste, background and not at least their individual vinyl collection made them stick together as a DJ and producer team. Although Turmspringer have been playing in several big clubs in Europe, they never missed to come back to their mother’s kitchen to please Berlin’s spoiled and electrifying audience. Here they still attend their one-of a-kind industrial backyard parties and Berlin’s most wanted after-hours. Last but not least their releases on Get Physical, Eminor, Doxa, Klasse Recordings and of course Tonkind shows their ability and flexibility as producers.