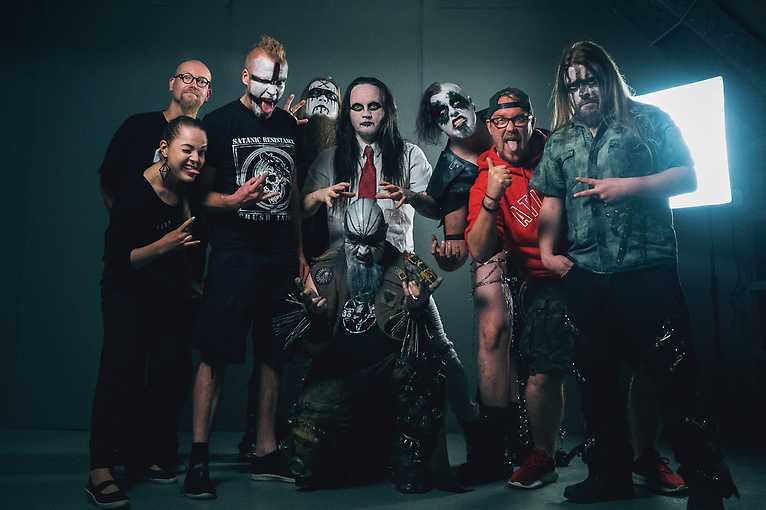 Turmion Kätilöt will come to Wrocław and perform at Klub Pralnia, where they will promote their last year’s album – “Global Warning”.

They call themselves Midwives of Damnation and their music is equally crazy. Powerful, death metal sound coexists with cold industrial mechanics and danceable rhythms, but there is also enough space for rousing, anthemic refrains shouted by two possessed vocalists. The band was founded in 2003 by MC Raaka Pee and DJ Vastapallo. They were soon joined by other members of Turmion Kätilöt: Master Bates, Run-Q, DQ and Spellgoth as the second vocalist. With several line-up changes, after Dj Vastapallo left the band in 2009 replaced by Bobby Undertaker on guitars (ex-Deathchain) and Spellgoth who left the band in 2017 and was replaced by Shag-U (Fear Of Domination) on vocals, Turmion Kätilöt became the wicked disco-metal machine we know today.