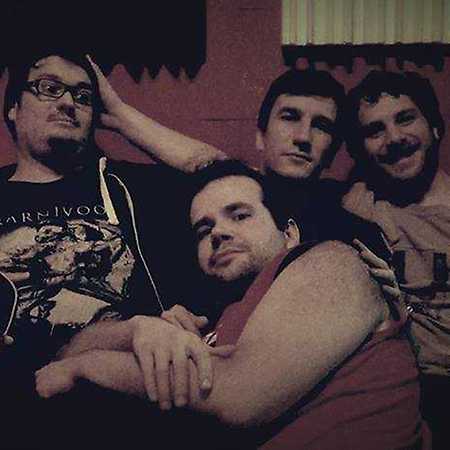 Turbine Stollprona was founded by school friends from the suburbs of East Berlin. They found inspiration and camaraderie attending underground concerts underage around the turn of the millennium. This time witnessed an underground music scene that filled the cultural vacuum in the supposedly reunited capital. The band formed some years later in 2010 and has added a singer, as well as (in the recent spirit of Berlins internationalism), the frequent cameo of a former funeral trumpet player from Sicily, plus a new bassist from Manchester.