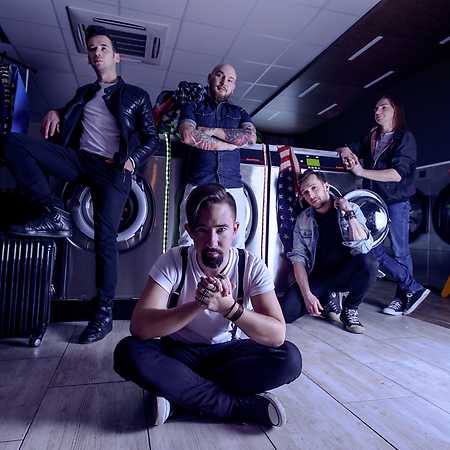 Trzynasta w Samo Południe won the hearts of the audience on Must Be the Music and X-Factor television programmes. Slot Art, Czad Festiwal, Eleven Bike Fest – these are just a few festivals where you could see them. Two-time guests of the Woodstock Big Stage, where, as the winners of the Złoty Bączek, they captured the hearts of a 80 thousandth crowd. They played alongside such artists as: Uriah Heep, Perfekt, Kult, Acid Drinkers, Lady Pank, Ira, Dżem or Big Cyc. Regular and desirable motorcycle rally guests. Winners of the “Polish Debut of Rock” award of Antyradio. After the studio album Hell Yeah released in 2015, they went on tour. The single from the album reached the 1st place in the Turbo Top list aired by Antyradio, and the release promoted with a music video to the title track reached the 25th place in the Polish OLiS charts. They return after a break with new energy and material under the title II. Hungry for the stage, concerts, crowd and bras they are preparing a strong rock hit on the Polish music scene.