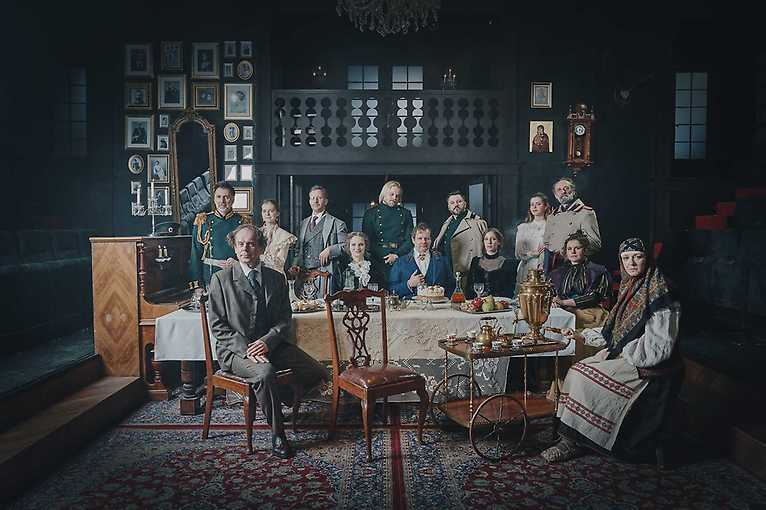 When Anton Chekhov’s Three Sisters first appeared on the stage of the Moscow Art Theatre on January 31, 1901, it did not immediately prove to be another success for the playwright on the scale of his earlier The Seagull or Uncle Vanya. From the beginning, in fact, the work on this text was extremely difficult for the author. Chekhov left the first reading rehearsal on the sly, unable to bear the praise for a “brilliant tragedy,” whereas he had written a “merry comedy.” As a precaution, he went abroad before the premiere and did not give his address. In his letters he wrote, "If the play makes a flop, I will go to Monte Carlo and gamble away my last penny."

Chekhov captured a particular nerve of the human condition at the turn of the century. Here the clock has passed the cut-off date of the centuries and… nothing has happened. And it must be remembered that the hysteria of anticipation of the end of history was then much stronger than during the turn of the millennia, a century later. The accumulated emotions of mankind, locked in anticipation of the would-be end, escaped as from a hot kettle – with a slow, drawn-out, irritating squeak. Chekhov unerringly managed to weave these moods between the gallery of characters in his work, sewing them into a timeless and universal story. As a result, it is still possible to find in it themes and motifs close to us today. This year shows that the steam from the whistle has not yet completely escaped. It seems to be still floating between people, only gaining a new and greater toxicity. This is why the often hysterical reactions of the play’s title characters should not come as a surprise. Almost completely confined to their homes (with at most the possibility of going to work and back), in a quarantine with a military regime, cut off from the outside world, already in the first act they learn from newspapers about a smallpox epidemic raging in distant Cycycar – a province inhabited mainly by Chinese, Manchurians and Mongols. In the third act, Natasha informs us that there is “influenza” in the city, fearing that her children might contract the ubiquitous flu virus… Especially since there are not many doctors. It is worth remembering that at the time when Chekhov wrote his work, our modern thinking about man was taking shape. Thanks to the theories of Nietzsche, Freud, and Darwin, almost all the most important foundations of the world at the time – with science, medicine, and religion at the forefront – were violated. All this affects the characters in the play. Trapped in their own home, in their own city, they dream of a new, better life, a return to the mythologized Moscow they came from. They are reluctant to return to the past, which is easily erased and covered with oblivion. Unhappy with the present and unable to change it, they devote all their energy to designing an uncertain and even unrealistic future.