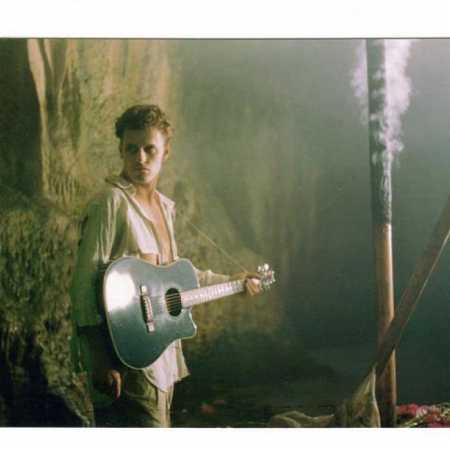 The name of one of the legendary guitar bands of the Czech music scene of the 1990s was inspired by the world-famous Czech painter. The band was founded in the onset of 1989 by three former members of the famous new-wave group Letadlo: drummer Jiří Šimeček, bass-guitarist Petr Václavek and guitarist Ivo Heger with other musicians. Over time, the band’s lineup became a quartet with Petr Chromovský as the vocalist. Its mixture of the then hype Manchester-like guitar pop music with the traditional Prague atmosphere would soon bring Toyen to the attention of the listeners and media alike. Toyen was one of the leading acquisitions of the Nový horizont music association that was based in Prague’s first “new model” music club, the Rock Café.

The track Po stopách zmizelých železnic was one of the greatest hits of 1990. Not much later the band received an invitation to perform live in the USA. Toyen arrived there as one of the first bands from the Czech Republic and one of the venues they played at was the legendary CBGB’s club. The video Last Free Swans – after the band switched to English – to the title track of the debut album was aired on MTV. Toyen returned to the Czech language at the next record, Malíř smutnej, which was made in 1993 after Ivo Heger was replaced by the guitarist Jiří Křivka. With him in the lineup, the band opened the Prague concert of Depeche Mode. They released the third album Ia Orana in 1997; the group became silent afterwards. They have had a very limited number of outings in club and festival stages in the most famous lineup since 2009.