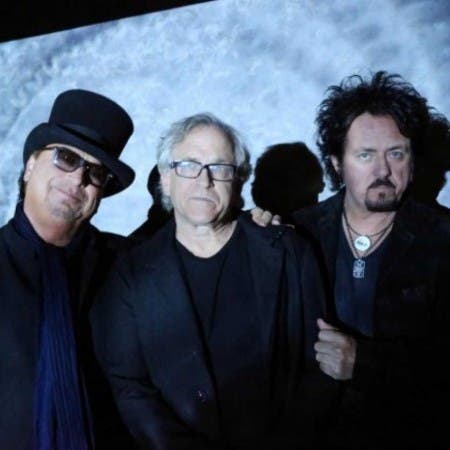 Toto  I'll Be Over You

Paich and Jeff Porcaro had played together as session musicians on several albums and decided to form a band. David Hungate, Lukather, Porcaro, and Bobby Kimball were recruited before the first album release. The band enjoyed great commercial success in the late 1970s and 1980s, beginning with the band’s eponymous debut released in 1978. With the release of the critically acclaimed and commercially successful Toto IV (1982), Toto became one of the best-selling music groups of their era.

Widely known for the Top Five hits Hold the Line, Rosanna, and Africa, the makeup of the group continues to evolve with several changes to the line-up.

Toto have released 17 studio albums, and has sold over 40 million records worldwide. The group has been honoured with several Grammy Awards and was inducted into the Musicians Hall of Fame and Museum in 2009.