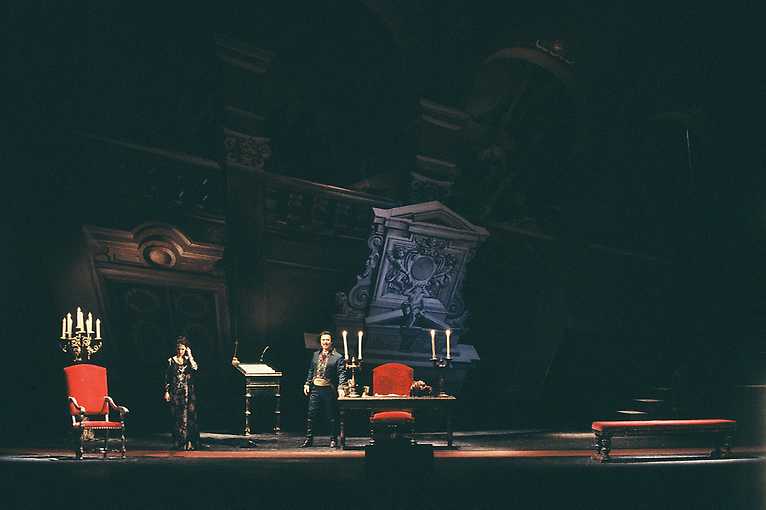 Victorien Sardou’s drama La Tosca first attracted the attention of Giacomo Puccini in 1889, when he saw it in Milan, with the legendary Sarah Bernhardt in the title role. Thereafter, though, a complex process of negotiations between the composer’s publisher, Giulio Ricordi, and Sardou, along with Puccini’s work on other operas, Manon Lescaut and La bohème, put off the making of Tosca, which was eventually completed only in 1899. Its world premiere took place at Rome’s Teatro Costanzi, on Jan. 14, 1900. It was immensely successful, notwithstanding certain critical reservations, including Gustav Mahler’s dismissal of the opera as a “masterly hotch-potch”, or an even sterner judgment from Richard Strauss.

And yet, today the operatic story of the famous singer, Tosca, her lover, the artist Cavaradossi, and the evil police chief, Baron Scarpia, set in the year 1800, the time of Napoleonic campaigns in Austria and Italy, remains one of the best-loved titles of operatic literature.The Prague State Opera’s current production makes use of the now legendary set design by Josef Svoboda, dating from the era of the Fifth of May Grand Opera (today’s Prague State Opera). The original 1947 sets’ faithful copy, recreated with the help of state-of-the-art technologies, has become an asset contributing to the wide popularity of this staging. It also received an enthusiastic reception during the PSO’s Japanese tour, with a cast featuring star sopranos Maria Guleghina and Eva Marton in the title role (2003), as well as in Salzburg (2006).

Performed in Italian with Czech and English surtitles.