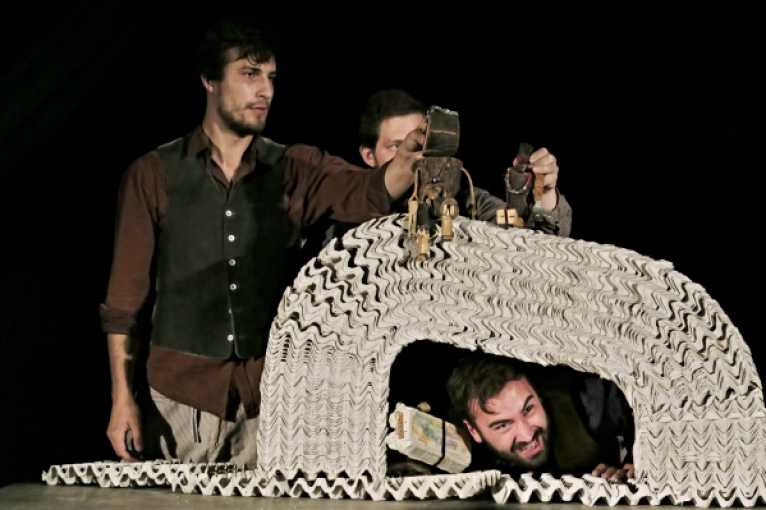 The adaptation of Jack London’s stories.

The Alaska Gold Rush was unlike any other. Those involved had to cross the Chilkoot Pass, survive avalanches, avoid drowning on the Dawson or freezing to death in -60°C, and dig through several metres of snow, ice and frozen soil. Only complete fools, or those who have been consumed by the knowledge that they owe something to their lives could have started such a venture. Why else would you embark on an expedition that would return only half your investment?

The show is part of the Drama label project.