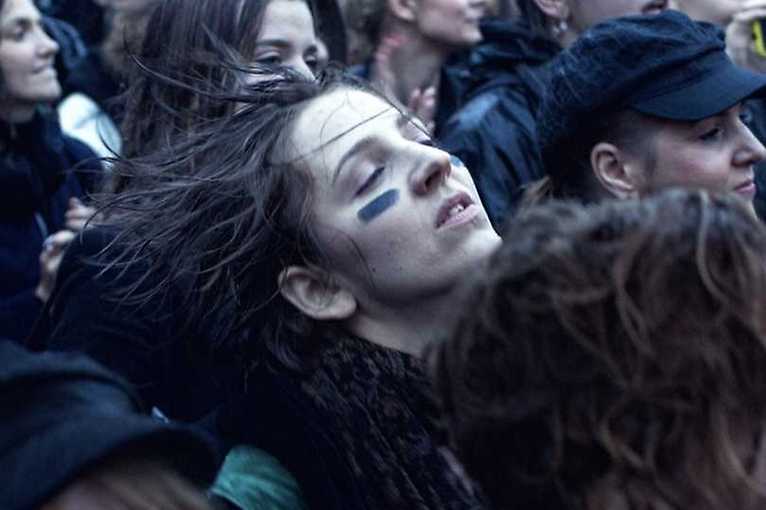 This year’s edition of the International Biennale of Urban Art OUT OF STH in Wrocław will cover areas ranging from Hong Kong to Slavic vixa parties. It will look at modern-day streets and dance floors, examining how bodies form temporary communities through physical presence in public space, how they transform the old reality and create new conditions.

The Three’s a Crowd exhibition will feature self-choreographing protests, improvised social dances and grassroots forms of kinaesthetic organization of bodies in urban fabric. From Georgia’s rave revolution in 2018, through the political dimension of rave culture and queer aspects of clubbing, to the mechanisms of building social solidarity in the conditions of forced physical isolation and practising pleasure in a crisis situation. At the same time, we will have a look at artists whose work has an activist dimension or has become a training ground for social and political struggle. The title itself – Three’s a Crowd – refers to the dynamics of forming assemblies or demonstrations and the biopolitics of states of emergency, as well as the history of club culture, familiar with cases of criminalizing the rhythmic movements of a minimum of three persons to the music based on repetitive beats. But THREE’S A CROWD also thematises the process of collective conception of the exhibition itself, and horizontal conditions of work in a three-person curatorial team.

More events in: Out of Sth 2020: Space Absorbency