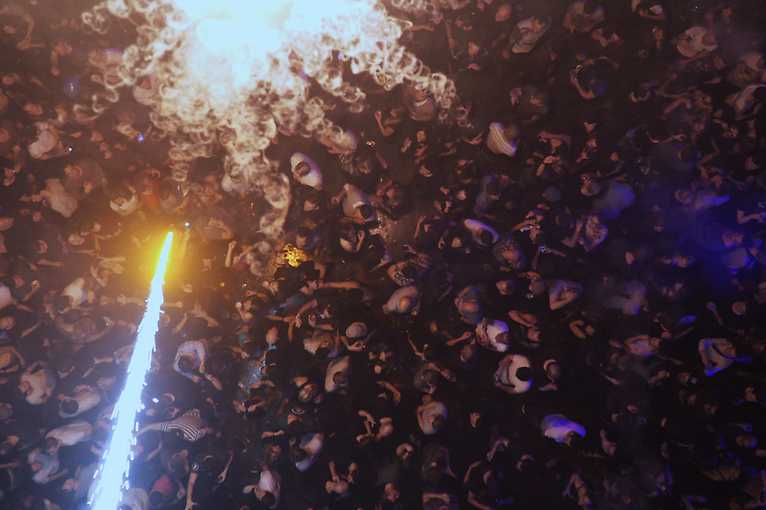 Debate in Polish within the exhibition “Three's a Crowd” with representatives of Polish club culture. Three people are not just a crowd, but sometimes also a party.

The English word “party” can mean both a celebration and a political party – the word suggests a group of people involved in a common goal, entertainment or social-ideal – and for a long time these two spheres have often been linked together. From the beginning, the club scene has been not only an assembly of dancing bodies, but also a safe oasis of minorities and otherness, a place of development of new ideas, not only musical. Even today, in many ways, party people and party people, DJs and DJs, producers and producers, clubs, collectives, etc. are involved in the current struggle for human rights and excluded groups. Just like the slogan of the Georgian rave protests: We dance together, we fight together.

Situations bringing together many different people sooner or later also become a place of social and political discussion, especially in times of crisis and cultural disputes. The discussion will cover the role of events and clubs in Polish and global society, their current and potential impact on the changes taking place in it. It will analyze how the club environment is confronted with the situation of a pandemic and what consequences, not only in terms of worldview, but above all in terms of economy and life, this has for people working in the club industry suspended between the spectres of infection and crisis.

The debate will be attended by:

The whole transmission will be translated into Polish Sign Language.
The stream will be available on BWA Wrocław's Facebook