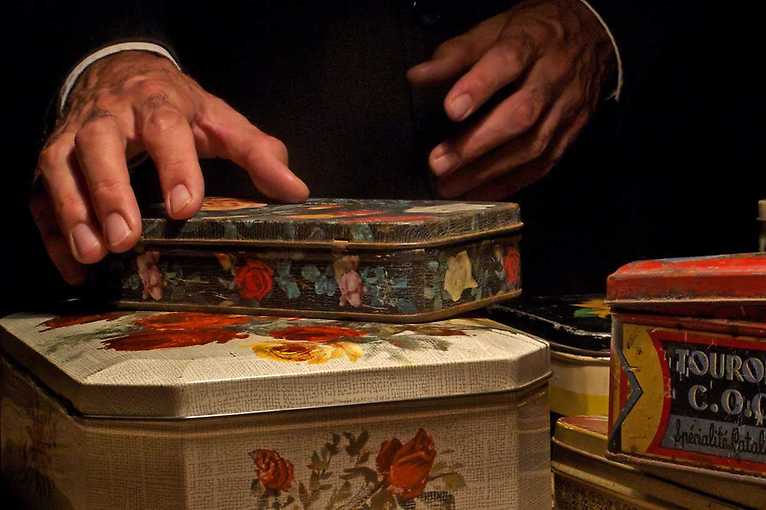 Catalan artist Xavier Bobés arives with his brief history of Spain in the second half of the twentieth century.

Around a small table, in an intimate salon setting, a powerful sequence of close-up sensory experiences invokes old memories and invents new ones. Through this miscellany of sights and sounds, objects and photos, a fascinating story unfolds, exploring memory and identity. Like a croupier, or medium at a séance, Bobés deals out history and brings it to life, manipulating both past and future.

Xavier Bobés (* 1977) defines himself as a self-taught actor, artist, object manipulator and stage creator. For more than a decade he has explored the poetics of the everyday objects around us, and the symbolic and theatrical content of everything that is apparently banal. In his performances, he works with lighting and audiovisual elements, whilst music also plays an important role. Moreover, he is also interested in the triple artistic dimension of creation, testing and teaching. In 2003, he founded the Playground company.