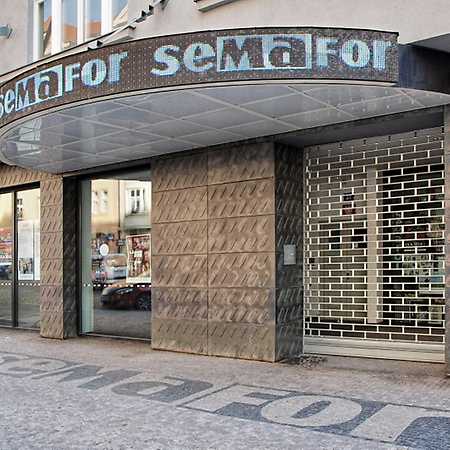 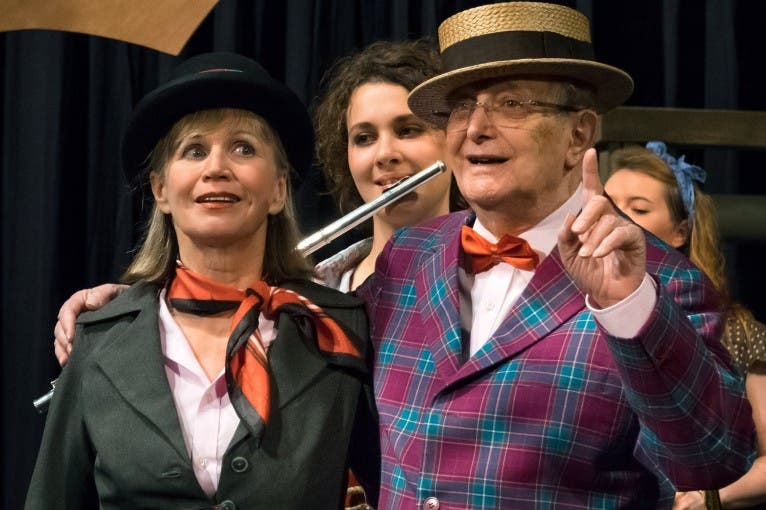 In 1959, Jiri Suchy and Jiri Slitr founded Theatre Semafor – abbreviation SEven SMall FOrms (in czech language: SEdm MAlých FOrem). The name was used to show the original intention of its founders to devote to the widest possible range of artistic genres. These forms were: film, poetry, jazz, puppets, dance, fine arts and musical comedy. Later on there was another very important duo Jiri Grossmann and Miloslav Simek. Their work was more story-telling than at the previous duo Suchy and Sliter – less intellectual and more entertaining. Since 2005 Semafor Theater is located in Dejvicka Street across Spejbl and Hurvinek Theatre. Currently acting duo Suchy and Molavcova is often inspired by the Suchy + Slitr team work.