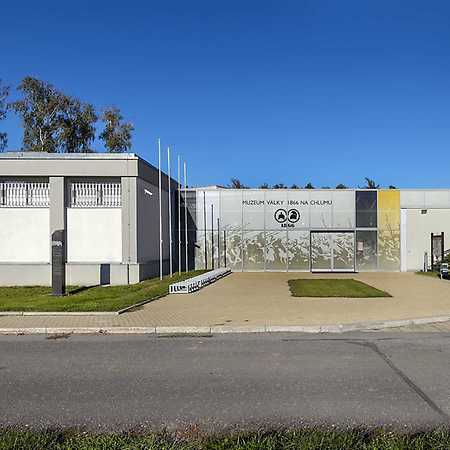 The exhibition on the Prussian-Austrian 1866 war and the battle at Hradec Králové on 3rd July 1866 includes displays of historical technology, armament, gear and uniforms. The exhibits mostly come from the collections of The Museum of Eastern Bohemia in Hradec Králové. Visitors can visit the historic battlefield site with hundreds of artistic monuments and memorials, which are mementos of over 50,000 killed, missing, wounded and imprisoned soldiers. The surroundings of the museum can be admired from a nearby lookout tower.

Regional Museum and Gallery in Most

Regional Museum and Gallery in Jičín – Museum of Play

The Museum of Eastern Bohemia in Hradec Králové