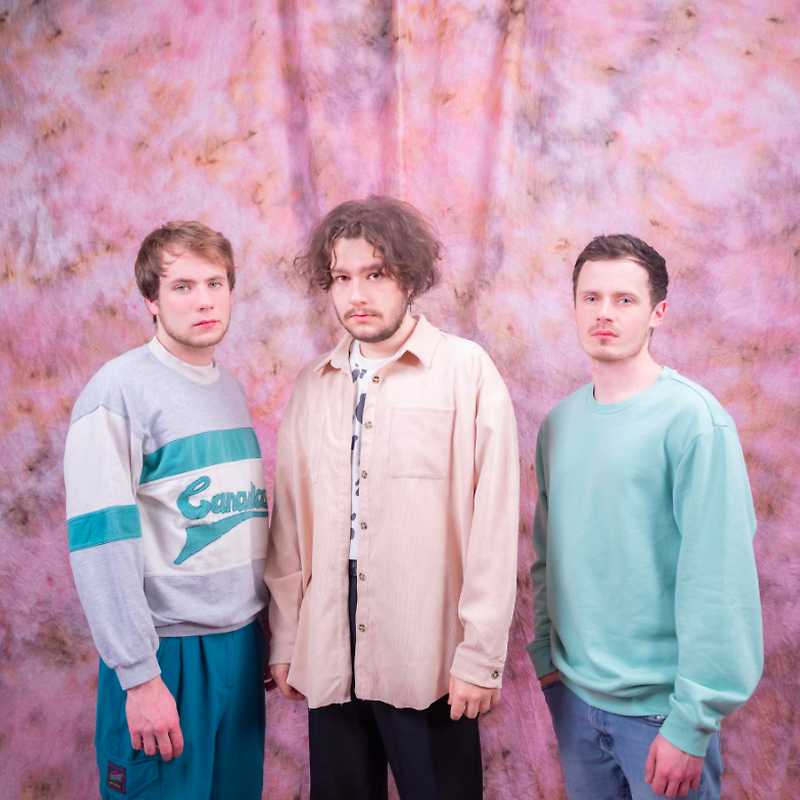 The Valentines  Boys Do Cry Too

The Valentines are a Czech pop group from Hradec Králové, formed in spring of 2017, with Honza Doležal on bass guitar / vocals, Ondřej Čepek on guitar / synthesiser and Matěj Novotný on drums. The young trio, oscillating between David Bowie’s 80’s Let’s Dance aesthetics and contemporary guitar pop, plays, in their own words, “happy songs about the saddest things”.

In 2019, The Valentines won the Radio Wave’s Starter song contest, earning the opportunity to produce the song and video “Did My Back Hurt Your Knife?”. Their single “Just Us” also appeared as the only song in Michael Hogenauer’s film A Certain Kind of Silence, which was nominated for the Czech film award Czech Lion.

The Valentines reached the Czech final of the Eurovision Song Contest with the song Stay or Go, recorded in the bedroom. Stay or Go, as well as the two previous songs, was produced by frontman Honza Doležal and Filip Vlček, who’s also behind the mix, and was mastered by Ted Jensen, who had produced albums for Madonna, Talking Heads, Rolling Stones, Bring Me the Horizon and many others.