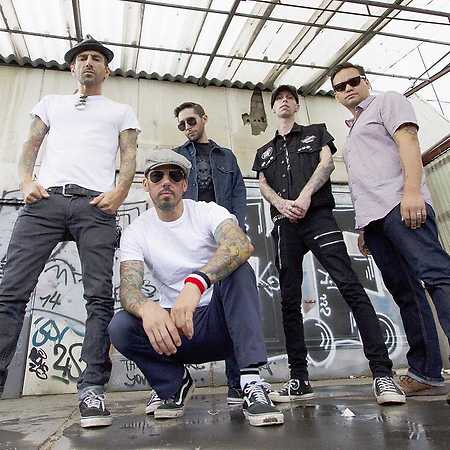 The Turbo A.C.'s  Fistful Of Fury

The Turbo A.C.'s is a punk rock band from New York that integrates elements of surf rock in their music.
The band around singer and guitarist Kevin Cole played in smaller clubs in New York before the first album Damnation Overdrive at the hardcore punk label Blackout! Records was released. As a result, the Turbo A.C.'s toured the United States and then Europe.

1998 the album Winner Take All appeared, the publication of which was accompanied by a tour, also through Europe. The third album Fuel For Life was created with Roger Miret from Agnostic Front as producer on Nitro Records and was introduced on a tour with Flogging Molly. For the album Automatic, the band first worked with Blag Dahlia from The Dwarves as a producer on Gearhead Records, and the record was then mixed by Billy Milano from SOD. After the release of their fifth album Avenue X, which they produced themselves, followed a tour of Australia. In 2006, the bass player Michael Dolan left the band and was replaced by Tim Lozada. Jer Duckworth expanded the formation as a second guitarist.