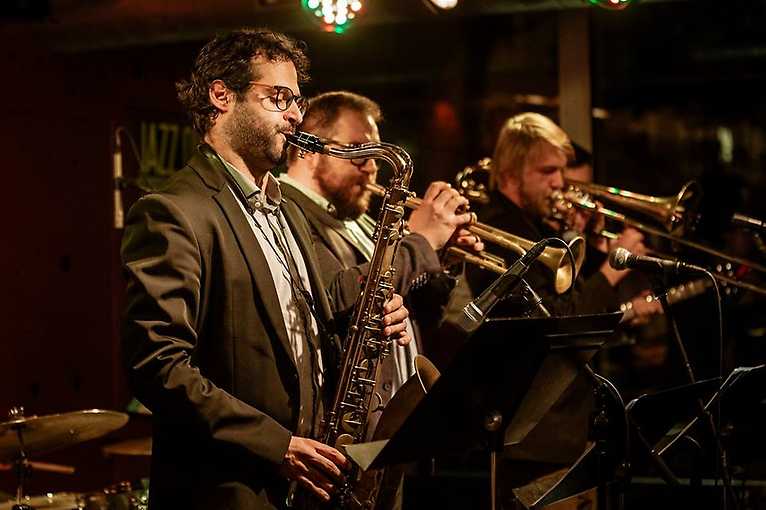 Due to arrangements for travel from the USA, tickets for this concert will be on sale from September 1, 2021. Thank you for your understanding!

C S C Supertrio was formed in 2012 with Brian Charette, Dano Šoltis and Ondřej Štveráček. NYC organist and keyboardist, Charette, who is a Downbeat Critic’s Poll winner and 2015 Best Organist in NYC from Hot House magazine, worked for many years with Laco Deczi’s Celula. The trio began working often at the Jazz Dock in Prague and have played many concerts since. Štveráček is one of the Top tenors of our time with great work in Gustav Brom’s Big Band and his own acclaimed groups and collaboration with Gene Jackson. Šoltis is a first call drummer having worked with I.M.T. Smile, Vertigo, and countless other bands. The trio plays funky instrumental tunes with clever harmony and slick beats. All members use gentle electronics in their set up to add dreamy soundscapes behind their burning solos.