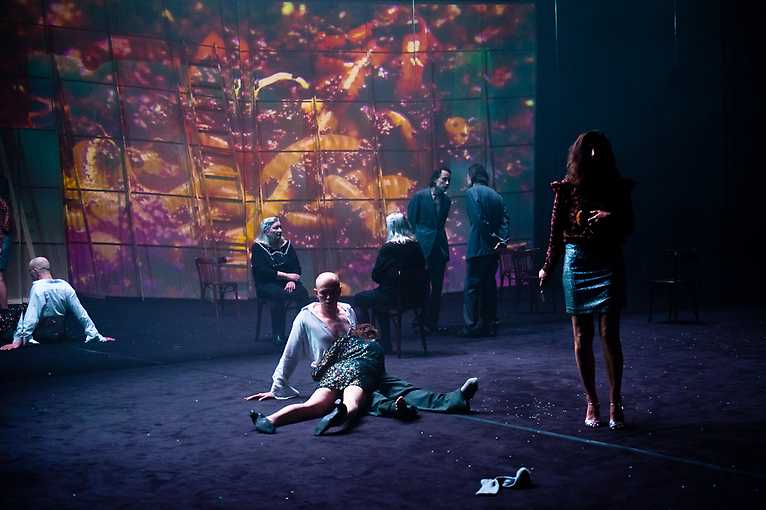 The play based on Anton Chekhov’s drama “Three Sisters” produced by TR Warsaw and co-produced by Helena Modrzejewska’s National Theatre in Krakow.

Traveling to Moscow is not an issue anymore since you can fly to the Russian capital for 99 euros. Today the daughters of General Prozorov, the title characters of Chekhov’s drama, no longer miss big city. It is the time of their youth that they are longing for. Low cost airlines do not run in this direction. You can only get there on board of your own uncertain memory.

In the vision of Luk Perceval, The Three Sisters is a portrait of an aging Europe that does not want to give in to the passage of time. The routine of the title heroines’ daily existence is interrupted by an attempt to recall events from the past. In a metaphorical nursing home, aging Europe confronts the new energy of immigrants. What results from this meeting? What are the political and social consequences of the aging of entire societies? How do we deal with old age, memory loss? In what way do we construct and idealise the past?

The theme of the passing of life, characteristic of Chekhov’s dramaturgy, has never been as current as it is today, when the old world order collapses and the new one has not yet developed. The pandemic has added another aspect to problem of aging: the isolation of older people. The Prozorow sisters are shipwrecked prisoners on the island of memory. They live in the past, unable to confront the present. What are they afraid of and what do they miss? What are we afraid of and longing for?