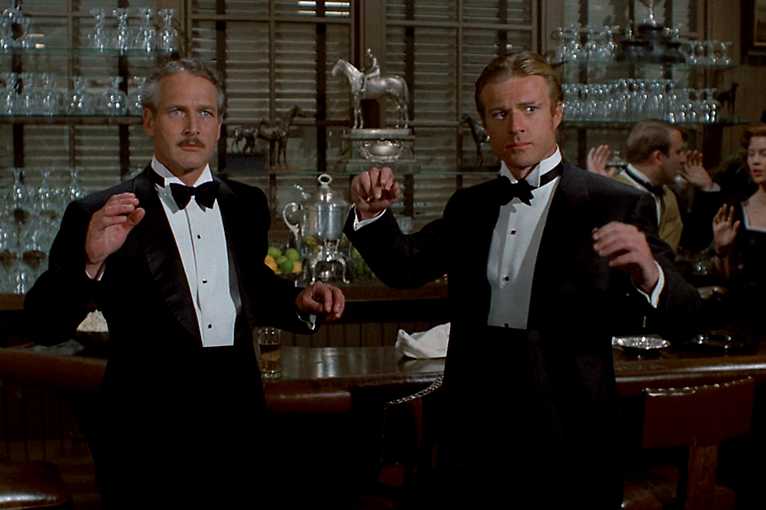 Four years after setting box offices ablaze in Butch Cassidy and the Sundance Kid, Paul Newman, Robert Redford, and director George Roy Hill re-teamed with similar success for The Sting. Redford plays Depression-era confidence trickster Johnny Hooker, whose friend and mentor Luther Coleman (Robert Earl Jones) is murdered by racketeer/gambler Doyle Lonnegan (Robert Shaw). Hoping to avenge Luther’s death, Johnny begins planning a “sting” to destroy Lonnegan. He enlists the aid of “the greatest con artist of them all”, Henry Gondorff (Paul Newman), who pulls himself out of a drunken stupor and rises to the occasion. Hooker and Gondorff gather together an impressive array of con men, all of whom despise Lonnegan and wish to settle accounts on behalf of Luther
The Sting became one of the biggest hits of the early '70s; grossing 68.5 million dollars during its first run, the film also picked up seven Academy Awards, including “Best Picture”, “Best Director”, “Best Screenplay”, and “Best Adapted Score“ for Marvin Hamlisch’s unforgettable setting of Scott Joplin’s ragtime music.